Welcome to the well-known V8 Owners Forum, no matter what you drive if its V8 Powered you'll be made very welcome.
https://www.v8forum.co.uk/forum/

by DaveEFI
Alternator with two small terminals - one for the warning light, one (not used) for a diesel tach. Would it damage the regulator to connect the warning light to the tach terminal? My guess is not - apart from the thing not charging until corrected.

by ChrisJC
I very much doubt it.

by DaveEFI
It's odd. I have a very accurate 2 wire LED voltmeter sitting across the battery, and mounted in the SD1 rev counter. Normally reads 13.8v or so with the engine running and a fully charged battery. Noticed it was reading low, and the car hadn't been much used, so put the battery on charge overnight. The next morning, the charger had switched to maintenance mode, so the battery fully charged. And switching on the ignition showed 12.5v on the voltmeter, a few hours after the charger was disconnected. But on taking the car for a run, the voltage hovered around 13v - and at one point went under 13, which I 've never seen engine running before. Was dark when I got home, so I'll check the battery voltage engine running tomorrow with a decent DVM. But the 12.5v engine stopped was what I'd expect which suggests the voltmeter is OK. The alternator was brand new a few years ago, and hasn't done many miles.

by ChrisJC
It does sound like it's not charging.

Is there a signal on the W (tacho) terminal on the alternator? That terminal is connected to one of the three phases and is an AC signal.

by DaveEFI
It is charging to an extent. As I've used the car at night for far further than it would run on the battery alone. Just checked the battery volts at the terminal posts with my Fluke DVM. 12.1v ignition on, but engine not started. Very close to what the car voltmeter reads. Car started normally, so battery reasonably charged. Fluke now reads 13.2v at a fast idle as does the car one. And it would normally read 14.1v after a cold start, with no other load on the electrics.

It could be just coincidence after that wrong connection, but my guess is the regulator is now faulty. The alternator was a brand new 100A upgrade from the standard Lucas one, and although now well out of any warranty, hasn't done many miles. Couldn't really see the part number etc, so will have to take it off before ordering up a reg. I can't even remember the series number of it - except the main difference between it and the original is the cooling fan is internal. And the main shaft a different size, so had to get a new pulley.

by DaveEFI
Decided to fit a new regulator since this IMHO is the thing that fails in 90% of alternator problems.

Snag is it's a non standard alternator for this car. Instead of the original '80s Lucas 75 amp unit with external fan, it is now a Magneti Marelli A127 IM-100 integral fan 100amp, which I got brand new in the early 2000s at a very good price. It was a relatively easy fit once I'd found the correct pulley for the larger shaft. Replaced the output wiring with heavier duty cable too. So a satisfactory mod, which has worked fine until now.

All the regulator suppliers I've found on Ebay or by Googling seem to only work by the car VIN. So no use here. Have emailed a couple of them explaining things, only to have a reply asking for the VIN.

Anyone recommend a supplier where I could talk to a human?


Anyone recommend a supplier where I could talk to a human?

I used to use somewhere that used to sell all that kind of stuff. They have closed the shop, but I think they are still selling through ebay. Below is a business directory listing which has phone number and email which they may still be using, otherwise search "jcrsupplies" on ebay.

by DaveEFI
After getting nowhere, removed the reg and found a number on it, RTM 153B The old is the top on in the pic. Only other numbers are on the IC itself. 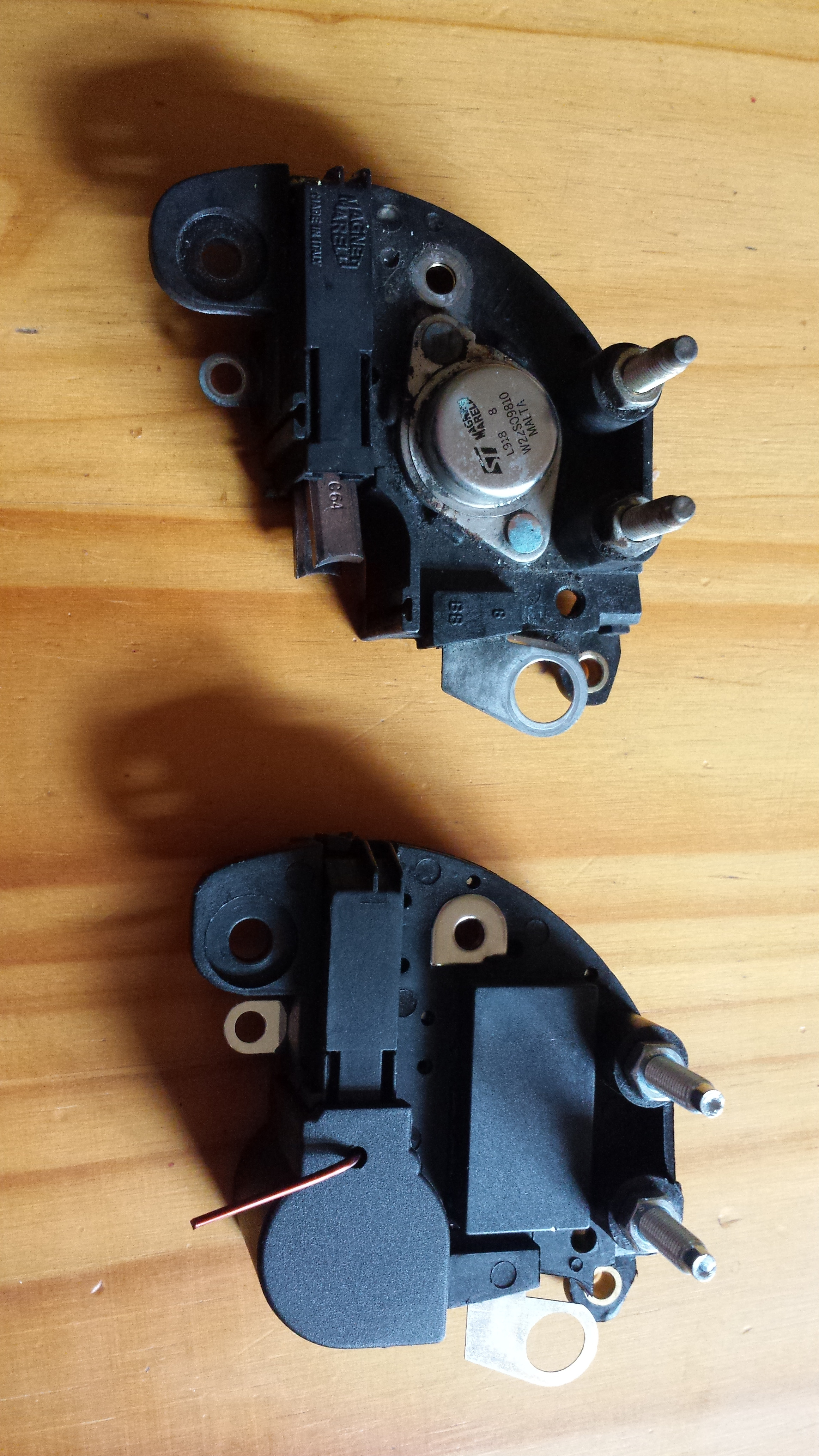 Entering RTM 153B into Ebay search brought up a number of regs which looked the same, which was encouraging, so picked a UK stocked one in the middle of the price band. Which turned out to be a Chinese version. (Bottom of pic)

Fitted it over the weekend, and it sort of works. Lots of whine from the alternator which wasn't there before. Could be the new brushes bedding in?

But the voltage output is very odd.

At a fast idle, engine cold:- 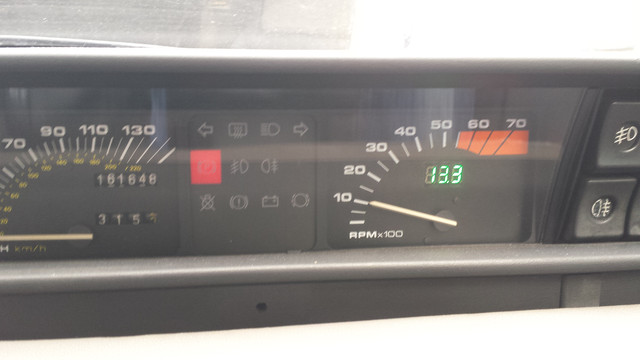 Old unit when working normally would show about 14v, just after a cold start with a fresh battery. 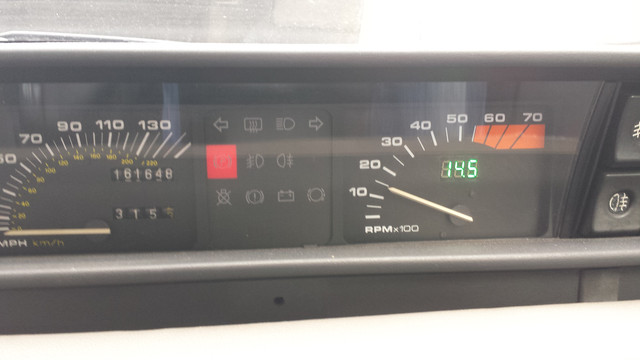 This is way higher than I ever saw before.

Other odd thing is how long it takes the voltage to stabilise if I switch on a heavy load like headlights. Before, the voltage remained constant (assuming the engine running fast enough to balance the load) It now bounces around for a while before settling.

The only known brand I found on that search was Hitachi. Perhaps I should have paid the premium price for that?

by ChrisJC
I think you should keep your eye on it. The voltage should be pretty much rock steady.

by DaveEFI
Talk about over-thinking the problem. Me all over. The fan belt was old and looking slightly scruffy. Keep a new spare in the car, but know it is a bit of a fight to fit, as the alternator is a bit bigger than the original, and moving it in enough to get the belt on hard work, as the bottom hose is behind it. And removing/replacing that a pain too.

So decided to replace it, and it was loose despite being tight when I fitted it. Removing it found an obvious fault - it was split.

New one sorted the noise, and the voltage now constant. But is rather higher on a cold start at 14.5v than the old one showed - it would have been more like 14.1v. But both within the spec given in the BL manual. Not run it long enough to see what it stabilises at with the battery fully charged.

I've removed the spade connector from the rev counter output, so now no chance of fitting the warning light to the wrong terminal.

Although it might just be a coincidence it failed while in that garage have the sump gasket replaced.

Memo to self. Don't ignore an obvious answer.
All times are UTC
Page 1 of 1